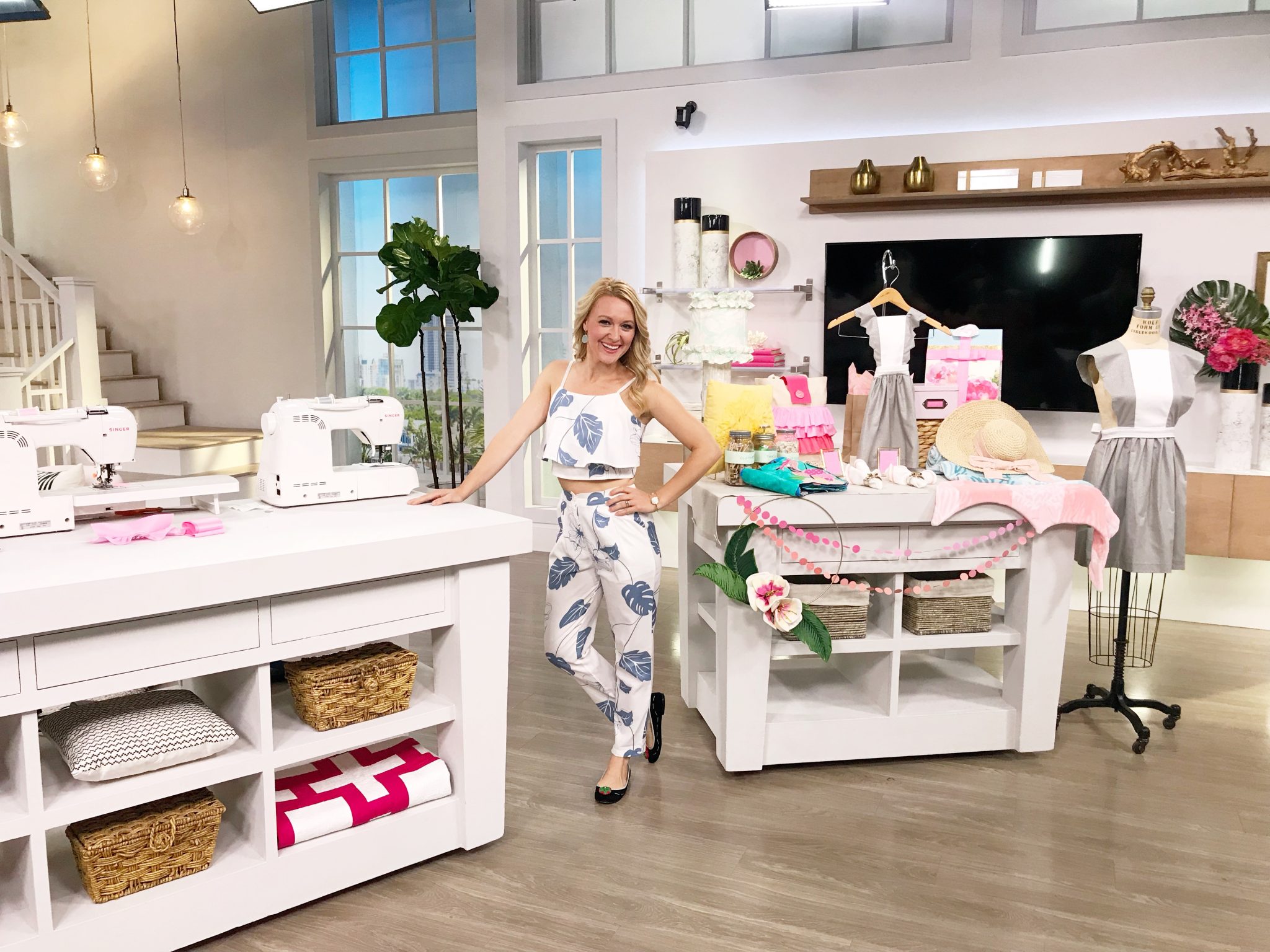 Stefaney is an HSN On-Air product expert for a wide range of products. She has contributed to Craft, Electronic and Home categories and also created original content as a DIY Expert for their At Home Show. She was also a winner on their YouTube Craft Off series!

Stefaney is the owner and creator of original content for A Host of Things where she shares DIY’s, tips and decor inspiration for all things  home entertainment. Stefaney’s combo of Craft, Culinary, DIY, all things home as well as her work in television, make her an authentic host of things!

Stefaney began dance training early on and moved overseas to Japan when she was 9 and began modeling.  Stefaney was one of busiest child models at the time, having booked nearly 100 jobs in a 3-year period in print, videos and fashion shows, which contributed to her strong work ethic through life.

Stefaney received her a Bachelor of Arts degree in Communication/Public Relations from Washington State University Edward R. Murrow College of Communication in 2009.  During that time, Stefaney worked in the hospitality industry including catering companies, hotels, restaurants and also enjoyed taking culinary courses. Stefaney then worked for the Smithsonian Institute in special events and assisted with the Presidential Inauguration events at the National Museum of American History in 2009 and 2013.

In 2010 Stefaney began performing for Disney Cruise Line, completing two consecutive contracts.  For the latter contract Stefaney held a role in the opening cast for the Inaugural sailings of the Disney Dream.

She then moved to Hawaii in 2012 and was a part of another opening cast for the Inaugural year of Legends in Concert Waikiki, Rock-A-Hula Show.

After Hawaii, she performed as a Culinary Arts Center Host for Holland America Line. Each one of Holland America Line ships has a state-of-the-art, million-dollar, Show Kitchen At Sea, which were sponsored by Food & Wine Magazine. They are equipped with cameras and televisions to provide different angles to the live audience.  Each show was also live broadcasted into each stateroom. Stefaney not only hosted each show, she planned and produced 4-6 shows per day, for months at a time, without repeating content depending on the voyage. She hosted a variety of live cooking shows, cooking classes, fruit carving demos, bartending series, wine tastings, craft classes, towel animal folding, napkin folding, home entertainment demonstrations and was a social personality for the thousands of guests onboard their ships.   She was thrilled to be a guest judge for their Dancing with the Stars at Sea competition and also co-hosted a live morning show called, Good Morning, Volendam.

Stefaney also made acting appearances on Hawaii Five-O, The Glades, Robo-Dog and Robo-Dog Airborne. And is a former host of WeTv’s The Lifestyle List and has been a Lifestyle Contributor for the syndicated talk show, Daytime TV.

She and her husband, Tony, live in Orlando with their daughter, Saylor.

Stefaney loves presenting products in a natural, upbeat and practical way.  Her ability to think outside the box, create unique props/DIY’s/Food Styling/How-To’s/Upcycles and discuss authentically really resonates with viewers.  Stefaney has experience in different television formats. She has presented products on National Television-Live for 90 minutes straight and performed several hours for live audiences with a great understanding on how to keep them engaged.  She has experience presenting for SMT’s, ad lib and also by prompter with technological jargon.  Please see the Contact Page to get in touch with her!